In 1978 she moved to New York City and spent nine years studying and working as a musician and a photographer. In 1980 she received a diploma from the Germain School of Photography in New York City. From 1983 to 1984 she was the Managing Director of the International Production Manual - The Producer’s Masterguide. Between the years of 1987 and 1995 she lived and worked in Asia. In 1995, Ms. Ariel returned to Israel where she established the production company Karuna Films Ltd together with Ayelet Menahemi. Since then she has produced and co-directed several documentaries, among them the award winning Doing Time, Doing Vipassana (1997), which made a great impact on prison systems all over the world, and won the Pass Award of The National Council on Crime and Delinquency (USA). In 2005, Doing Time, Doing Vipassana was re-released for screenings all over the USA. Ms. Ariel’s film, It’s About Time won the Best Documentary and Best Script prizes at the Jerusalem International Film Festival, the 2002 Japan Prize for Best Documentary, and participated in INPUT 2002, IDFA, and the Toronto International Film Festival. Her films have been broadcasted on PBS, NBC, ABC, MSNBC, National Geographic, and many more. Between 2012 -2013 she worked as the COO of Hostr, a web platform that curated talents for live performances in home venues. From 2014 until 2019 Eilona Ariel was working at The Yuval Noah Harari International Office, managing his Film/TV dept. Eilona is executive producing the adaptation of Prof. Harari’s best seller book SAPiENS, to be produced by Ridley Scott and directed by Oscar Winner, Asif Kapadia. 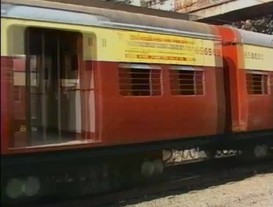