Florence Ayisi is professor of International Documentary Film at the Faculty of Creative Industries, University of South Wales. She has taught at several higher education institutions in the U.K. including University of Sunderland, Coventry University, University of Glamorgan and University of Wales, Newport.

Ayisi has made several documentary films in Cameroon and Tanzania. Her broad agenda and vision for producing documentaries is to decolonise images and ideas about Africa from Pan-African and Woman-centred perspectives. Her films offer rare, subtle and discerning insights, and stories where African People have ‘agency’ and ‘voice’. Her first feature documentary, Sisters in Law, (co-directed with Kim Longinotto, 2005), has won numerous prestigious film awards and screened in over 200 film festivals and on Television world-wide. It was long-listed for an Academy Award nomination (Oscars) in 2006.

In 2017, Zanzibar Soccer Dreams was shortlisted for the prestigious Research in Film Awards, ‘International Development Award: Mobilising Global Voice’s by Arts and Humanities Research Council (AHRC). Ayisi was presented with the ICON Award at the 2018 Africa Week, University of West of England, Bristol. The award recognises the "exceptional contributions by individuals in promoting Pan-Africanism on a personal, national and global scale". She has recently completed The Bronze Men of Cameroon, a feature documentary to be released in Summer 2020. 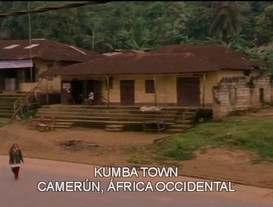