Since the early 1980s Toronto-based director and producer Geoff Bowie has been behind nearly two dozen works in both English and French, the bulk of them documentaries along with some fiction films and educational videos. After studies in fine arts, film and television (at Concordia University, the National Screen Institute and Algonquin College), he gradually moved into writing, directing and producing documentaries, founding the company Elan Productions in 1985. A member of the Directors Guild of Canada and founding editor of the film magazine POV, he has also produced for television, including four episodes of the CBC documentary series The Nature of Things. Several of his works have been screened and won awards at international film festivals in Canada and the United States. His films as director include Waiting for My Real Life, Walk Naked Singing and four NFB productions: the short fiction film Without Work: Not By Choice (1989), the feature-length documentary The Universal Clock: The Resistance of Peter Watkins (2001), the documentary short À l'ombre d'un KONFLIT DRAMATIK (2007) and, more recently, the medium-length Courage (2011). 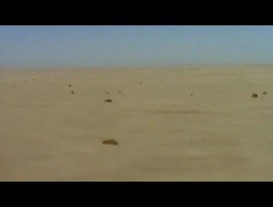