Jacqueline Kalimunda (born 1974) is a Rwandan film producer, director and writer. In 2002, she wrote, directed and co-produced her first film, the 23 minute Histoire de tresses (About Braids), which was voted best short film at the 2003 Zanzibar International Film Festival. The short film was also distributed in the UK by the British Film Institute and the USA by the New York African Film festival. The documentary Homeland is the conclusion of a long project started when she was researching images of Rwanda with historians Jean-Pierre Chrétien and Hélène d’Almeida-Topor. For this work, Jacqueline Kalimunda unveiled 80 years of unpublished film archives on Rwanda. The film was shown at the 2007 Fespaco in Ouagadougou. In 2007 and 2008, Jacqueline Kalimunda co-directed the first and second season of TV series Imagine Afrika, broadcast in 35 African countries on public TV channels in English, French, Swahili, Zulu, Portuguese and other languages. Then she directed in coproduction with Canal Plus Horizon the feature film High Life broadcast in 2011. An alumnus of the Berlinale Talent Campus, Jacqueline Kalimunda produced and directed in 2012 Burning Down, a Focus Features Africa First short movie with Eriq Ebouaney (Brian de Palma’s Femme fatale, Raoul Peck’s Lumumba) and Cyril Guei. 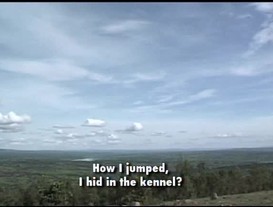