In addition to many film and video collaborations with Sherry Millner, Ernest Larsen writes fiction and media criticism. His criticism has been published in The Nation, Art in America, The Village Voice, Art Journal, The Independent, Exposure, Transition, The American Quarterly, Jump Cut, and Arena, along with essays in a number of anthologies. He wrote a book-length study of the film The Usual Suspectswhich was published in the British Film Institute Modern Classics series. His novel, Not a Through Street, was nominated for an Edgar. Also a scriptwriter and contributing producer for several PBS series, he has received grants, residencies, and awards from the Jerome Foundation, Paul Robeson Foundation, MacDowell Foundation, Blue Mountain Center, Gunk Foundation, and the Blumenthal Foundation. His collaborative video projects have been exhibited and won awards at major festivals throughout the world (London, Sydney, Berlin, Barcelona, Amsterdam, Dallas, Los Angeles, etc.) including two Whitney Biennials. 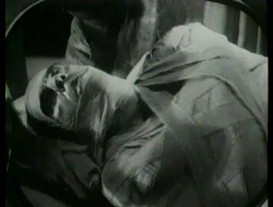 Some Notes on Ruins