Filmmaker Maja Tillmann Salas is director of Insightshare Latin America, the Latin American arm of a project for participatory video that provides workshops in rural communities world-wide. In 2001, after she graduated from San Francisco State University in film,Tillmann returned to Peru, initially to coordinate the audiovisual department of the non-governmental organization PRATEC, a group based in Lima that works to encourage biodiversity and strengthen cultural diversity in Amazon and Andean regions. In 2008 Tillmann joined InsightShare and began working collectively with Quechua and Aymara community members on short films documenting their world view and spiritual beliefs. Several works from these workshops are in the project Conversations with Mother Earth, an indigenous-led educational campaign concerned with global warming. Tillmann lives in the community of Huanca Vilcacoto, Junín, Peru, where she grew up. 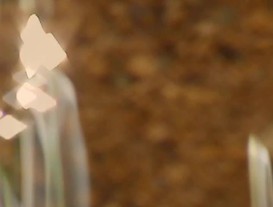