Europlex tracks distinct cross-border activities through the Spanish-Moroccan borderland and seeks to make these obscure paths visible. On their repetitive circuit around the check-point to the Spanish enclave Ceuta, the video follows in three borderlogs the smuggling women who strap multiple layers of clothes to their bodies; the daily commute of "domesticas" who turn into time travellers as they move back and forth between the Moroccan and European time zones; and the Moroccan women working in the transnational zones in Northafrica for the European market. All these trajectories move around and in between the imperative of the territorial borders. They form, however, a vital layer of the cultural and economic space between Europe and Africa.

Europlex, made in collaboration with visual anthropologist Angela Sanders, is a video which looks at the Spanish Moroccan borderlands. What we can call the border there is not a linear formation. It encompasses the Strait of Gibraltar with all its transversal traffic, the two Spanish Enclaves on the Moroccan side and the plastic covered vegetable plantations in Andaldusia powered by an African labor force. The video concentrates on the differing ways in which the specific area of the Strait of Gibraltar and the regions bordering on it are used, as well as on the varied need for mobility for this area is given its cultural meaning only by being crossed. The videographic recordings which we call ”border logs”, relate to the two distinct sites Ceuta (border log I + II) and Tangier (border log III). We use the term ”log” to link the travel logs and the ethnographic recordings with the practice of video editing, whereby the log, i.e. the chronological list of the filmed material, is considered an indispensable preparation for the montage. Europlex, particularly in the first border journal, visualizes the observation process by describing just what it does, namely accurately registering the spatial-temporal process. It introduces a time, which allows an unhurried interpretation of the event, a temporal mode beyond the spectacular. Video becomes a cognitive tool. border log I: smuggling – a cartography of struggle_The site is the border between Morocco and the Spanish enclave-city Ceuta that is embedded in an otherwise Moroccan landscape. Smuggling is an integral part of the daily border culture that is performed, for the most part, by Moroccan women. Venturesome and with economic calculation they have established a high risk, clandestine, transaction system based on mutual trust. Circumscribing the architecture of the authorities up to eleven times a day, they inhabit the border in a non-linear, circular way, carving out an existence for themselves. Towards the best possible mobility for crossing, the female smugglers strap shirts and cloths to their body, layer by layer, until they have doubled their body volume. Every piece will increase the profit margin of her passage. The economic logic inscribes itself onto every layer of the transforming, mobile, female body. border log II: living in a time lapse_Another repetitive movement that constitutes the border between Ceuta and Morocco is the daily commute of the domesticas, the Moroccan maids who work in Spanish households in the enclave. Since the two bordering areas are located in distinct time zones with a time lag of 2 hours, the maids turn into permanent time travelers within the border economy. Deferred time becomes the mode of their cultural positionality. border log III: entering the generic zone transnationalism_This last part is moving into the transnational zone in Northafrica where biological, textile and technological products are being manipulated for the European market. Subcontracting enterprises in Tanger with generic name inventions like Boratex, Sotema, Europlex or Sotradex intersect container shipments from Westafrica on their way to Mediterranean or North European destinations, invisibly servicing and conforming goods to Euronorm standards. 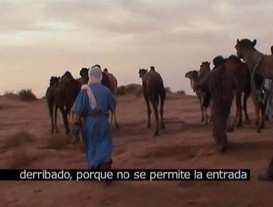 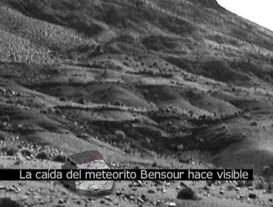 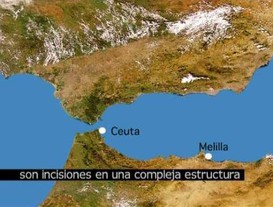 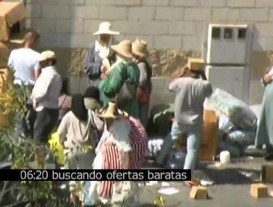 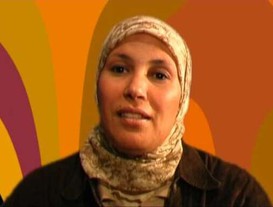 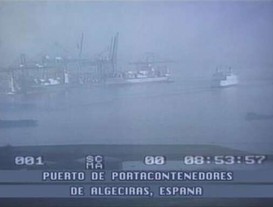 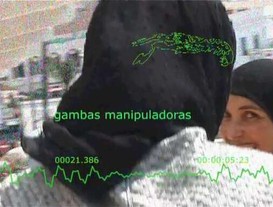 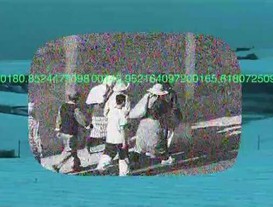