A provocative montage of eyewitness images from the streets of Athens, sourced from youtube, is performatively revoiced by the artist using just the sounds ph- and p-, creating a close-up personal response to a highly mediated event, as well as a focus on certain key sounds in that situation beyond/nearer than the general crowd and sirens. The Greek character ?(phi) represents the so-called 'golden ratio' and is a neverending ideal. By constant voicing of this letter, the soundtrack of the video highlights the concept of constant movement in the context of direct action and social change, as well as the shadow side of that - the state doctrine of ceaseless linear progress and 'civilization'. There is also reference to Atrocity Exhibition, considering how we experience and interpret 'riots' in the highly mediated present, to explore and complicate 'moral' responses to street violence. 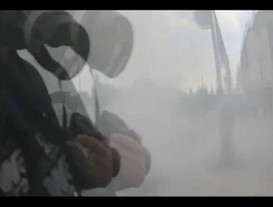 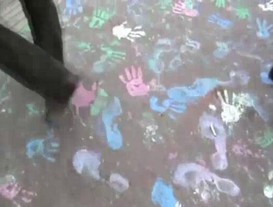 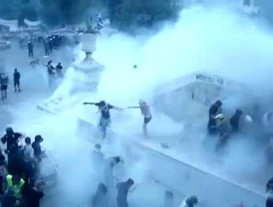