Born in Iran of a communist father and right-winger mother, Sou Abadi, arrived in France at the age of 15 and put an end to the exquisite advantage of growing up under two dictatorships. After a few years of scientific studies, she is attracted to Jean Rouch’s visual anthropology and ethnographic cinema. Passionate about cinema, she decided to approach film art through editing, she had the chance to assist the greatest French editors such as Denise de Casabianca, Marie-Josèphe Yoyotte and Yann Dedet. In 2000, she returned to Iran to shoot for six months SOS in Tehran, a great documentary where she applied the method of cinéma-vérité, a style of filmmaking characterized by realistic, typically documentary motion pictures that avoid artificiality and artistic effect and are generally made with simple equipment, with Raymond Depardon and Frederick Wiseman to film from the inside of the Iranian institutions and where Iranian come to confide. Sou Abadi then continues to edit documentary films and fiction, obtaining several awards for editing and the Lutin for best editing in 2006 for a musical called BHAI-BHAI. After spending five years of his life trying to find funding for a documentary on a former Israeli spy, Sou Abadi recovers from his disappointment by writing the screenplay for the comedy Search the Woman (2017). (http://beta.exilefilmfestival.com/sv/sou-abadi/) 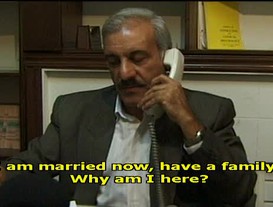