The Job has been put together from over six hours of archival material shot in the offensive against the city of Fallujah, Iraq. The footage was originally recorded by a journalist embedded with American assault troops, who were the only ones authorised to record images or approach the area before, during and after the fighting. Years later, the journalist posted the unedited footage on a temporary web site, adding a classical music soundtrack, as an “Iraqi souvenir” for the marines who participated in the attack: “to all the marines of kilo 3/5. Nick and Geoff send their thanks for all your acts of kindness and generosity…” This footage was captured online by Jean Pierre Gambarotta and Perro Loco from Caracas Libertaria, and edited by Abu Ali. 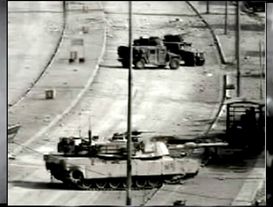 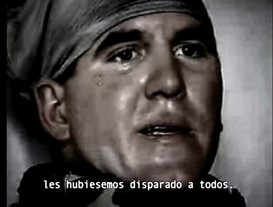 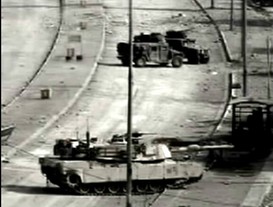 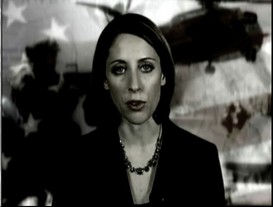