Benjamin Stora, born December 2, 1950 in Constantine, Algeria, is a French historian, professor at the University Paris-XIII and Inspector General of Education from September 2013 to June 2018. His research focuses on the history of the Algeria and in particular the Algerian war, and more broadly on the history of the contemporary Maghreb, as well as on the French colonial Empire and immigration in France. He has chaired the orientation committee of the National City of the History of Immigration since August 2014. 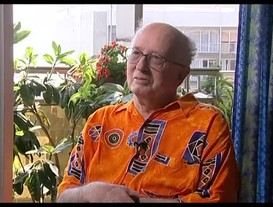